Why you should visit Belgrade 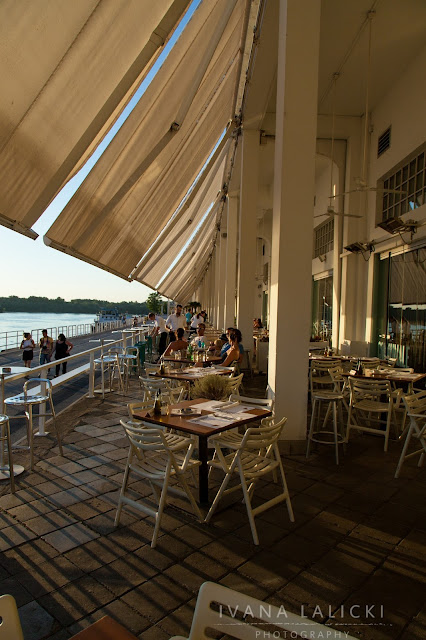 Just in a few days, I am going to visit Belgrade, my home city that I left exactly ten years ago. I feel excited, although one may think there is not so much new to discover because I know all about it. However, for me, there is plenty of stuff to appreciate in Belgrade, especially now, when I don’t live there anymore. Now, I can clearly see the advantages and special features of the city that once I took for granted. 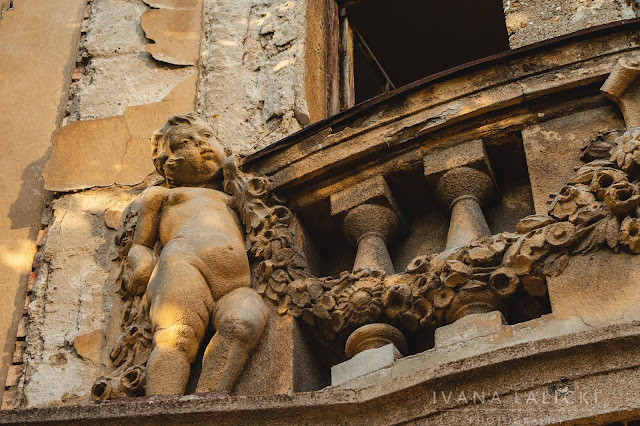 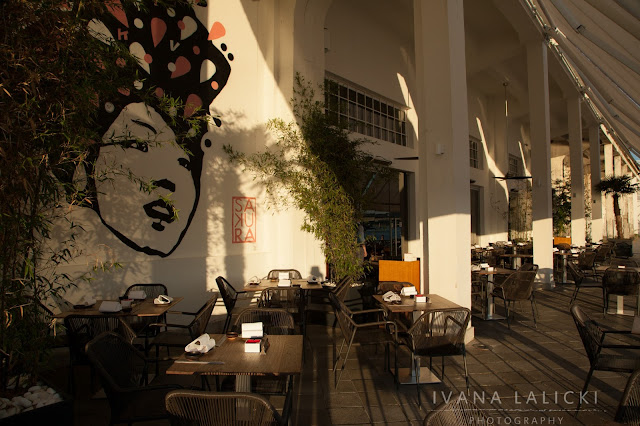 Belgrade is not as popular as some the other cities in Europe, and definitely not packed with tourists from all around the world, but it has so many things to offer that you won’t find anywhere else.  So if you don’t want to elbow your way through the crowd of kamikaze tourists, if you are someone who loves off-the-beaten-track but very safe destinations, and you are a big foodie, you must visit Belgrade. 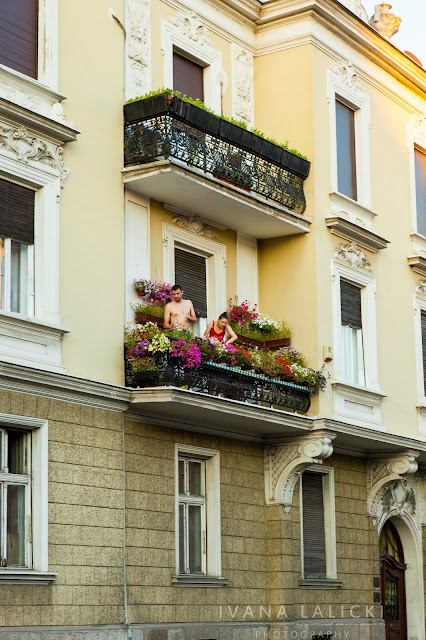 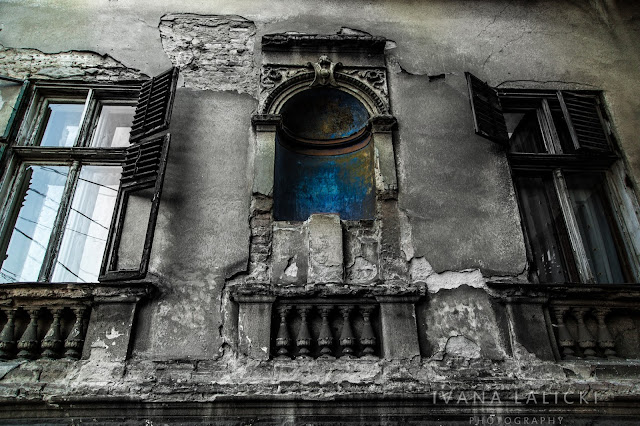 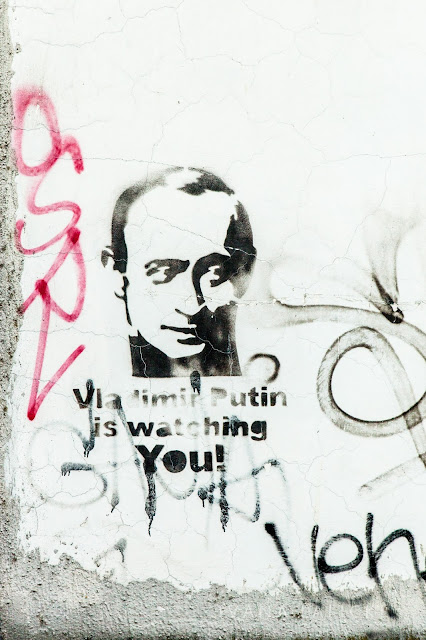 I would say, food is a number one reason for coming to Belgrade. It is hard to find city with so many good and surprisingly inexpensive restaurants. Even expensive ones are very affordable, compared to fancy American restaurants. And food is outstanding, plus you have many options, including traditional, international, or modern fusion cuisine. Some restaurants look very old fashioned, like those run by government, some are with shabby chic, and there are those with very modern industrial look. However, you will be amazed how much fine touch and creativity is put into restaurant and café decor, quite opposite of American very utilitarian approach. 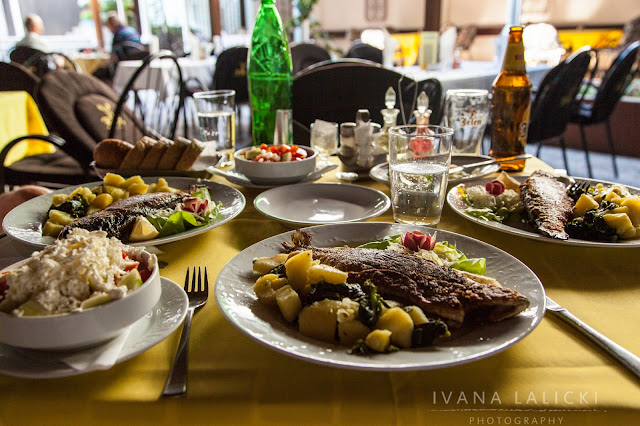 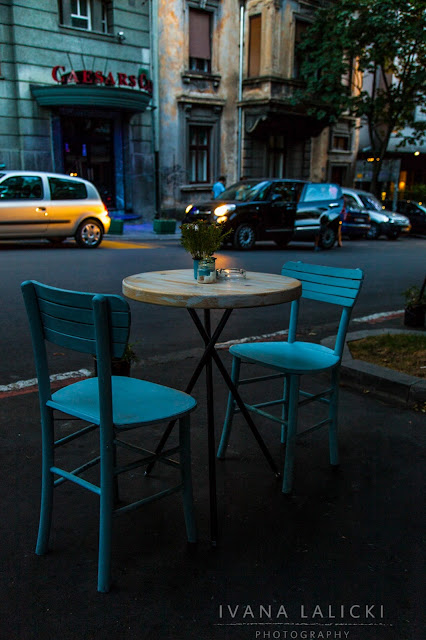 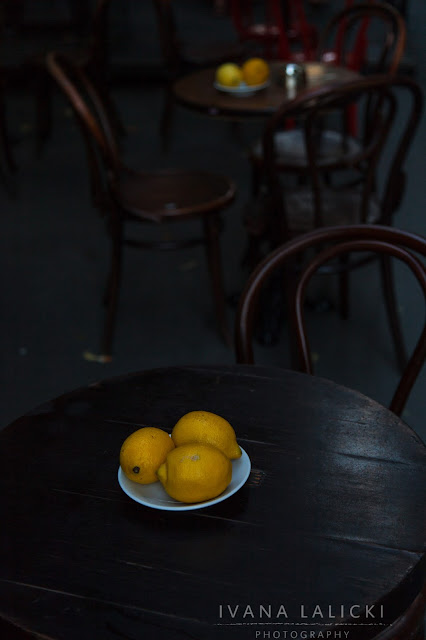 Although Belgrade, a capital city of Serbia, has good amount of the East- Central European heritage, the Mediterranean vibe is very dominant.  Just a short walk down the popular streets is enough to give you the feel for how much local people enjoy hanging out, good chat, drink and food. The city’s architecture is from the North, but mentality, hedonism, joie de vivre, definitely comes from the South. 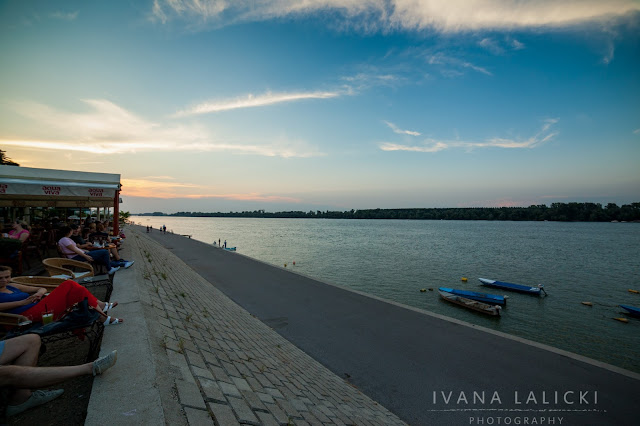 The same applies for food: Serbian cuisine is a fantastic mix of influences of the North (Central and Eastern European cuisine), and of the South (Turkish, Middle Eastern and Mediterranean cuisine). Food processing industry is not so advanced in Serbia, which is great and gives you opportunity to consume fresh and flavorful produce everywhere, basically the farm-to-table concept has never disappeared, you can always count on good food no matter if you go to a cheap joint or an expensive restaurant. The strongest link between fresh food and consumers are local farmers’ markets. There are many of them in Belgrade, but the coolest thing about Serbian farmers’ markets is that they work every day and have long hours. 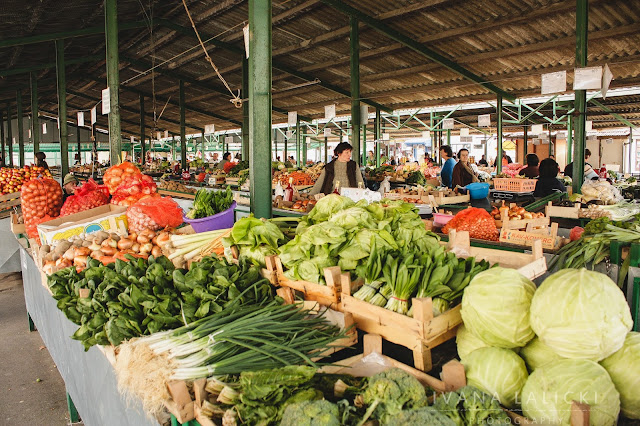 If you are coming from U.S., you will be surprised by the number of grocery stores; luckily going to the big supermarkets is still not dominant way of shopping.  Also, you will notice numerous bakeries that make fabulous pastries, sweet and savory, cakes and cookies, and particularly delicious stuff – Burek, savory pie made of phyllo dough and usually stuffed with cheese or ground meat, ideal for breakfast. I don’t have to tell you that people here are very into baking, this is your chance to try the finest French, Austrian and local cakes. It is not good for your waistline, but you won’t have many such opportunities in your life time. 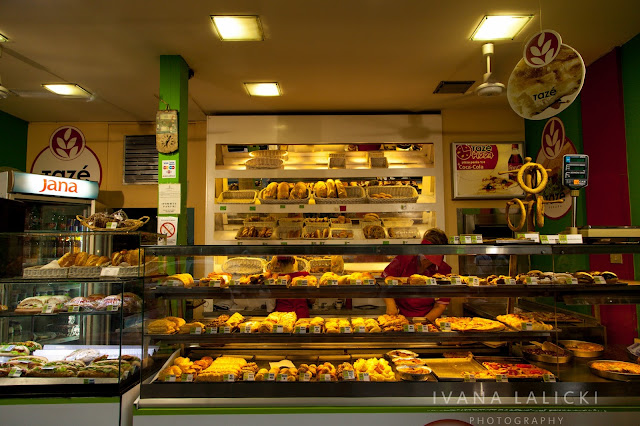 I have to mention here couple of foods that you can’t miss if you are visiting Belgrade. Besides Burek, you should try local yogurt, Jogurt, which goes great with burek, it is very alike Kefir, but much cheaper than in U.S. Gibanaca is similar to burek, and it’s also very popular breakfast choice. It is made with white cheese unique to this region, similar to Feta,  I used to watch my granny make it. Serbian grill/barbeque is a must too, remember names Ćevapčići (small skinless sausages), Pljeskavica (Serbian hamburger), Pečenje, a piglet or lamb on a spit. Šopska salad and roasted pepper salad with garlic dressing go well with the meat, but popular condiments such as Ajvar (Roasted red pepper-eggplant-garlic spread), Kajmak (Aged clotted cream) and Urnebes (Cheese-chili pepper spread) will take your food experience to the next level. In restaurants by Sava and Danube rivers, try fish soup and grilled fish. If you are visiting Belgrade in winter time, ask for Prebranac (Baked beans) and Sarma (Pickled cabbage leaves stuffed with ground meat and rice). 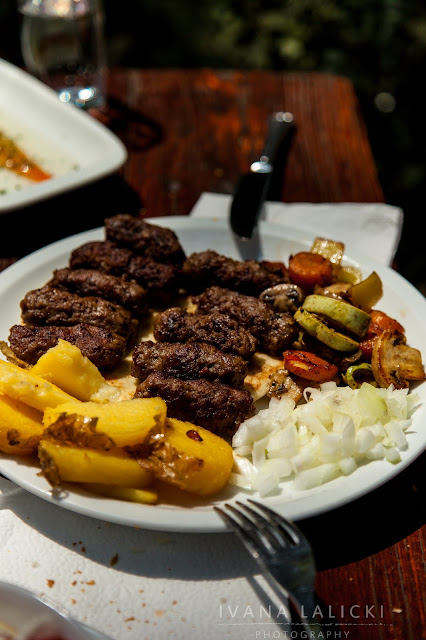 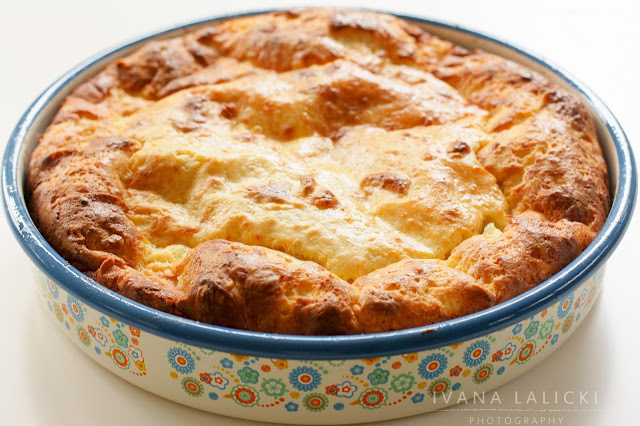 For dessert, there are endless choices. There is plenty of rich European layered cakes, phyllo dough sweet pies stuffed with sour cherries or apples, Turkish desserts such as Baklava or Tulumba, Austrian strudels stuffed with poppy seeds, walnut or jam, famous Krempita and Šampita (former is filled with egg yolks based cream, latter with egg whites cream), Krofne (Serbian doughnuts), and Palačinke, crepes with apricot jam or Nutella. 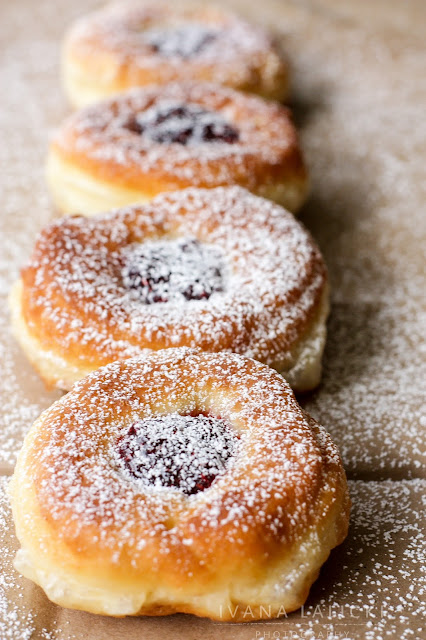 There is no dessert, or any kind of socializing, without coffee. If you eat at someone’s home you would be served with Turkish coffee, before and after the meal. In cafes and restaurants, that would be cappuccino, espresso, or Nescafe Frappe. Coffee to go is not as popular as in the U.S, coffee is considered more as a relaxing break, and it is always served in small cups and saucers. 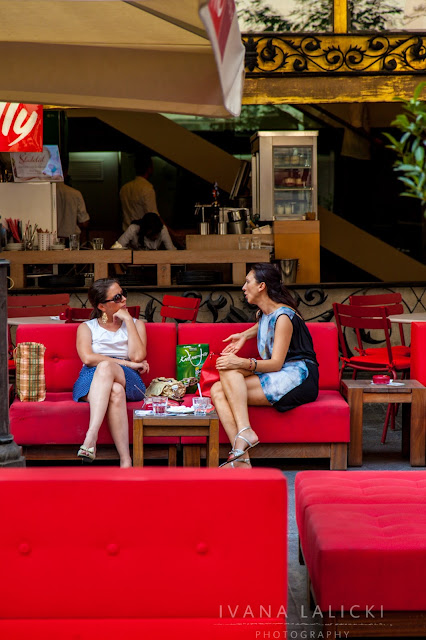 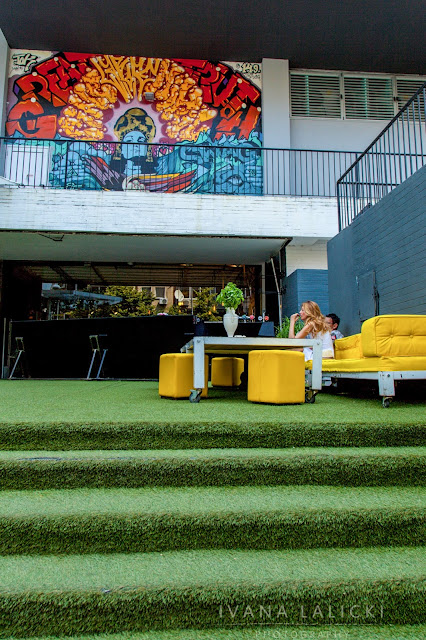 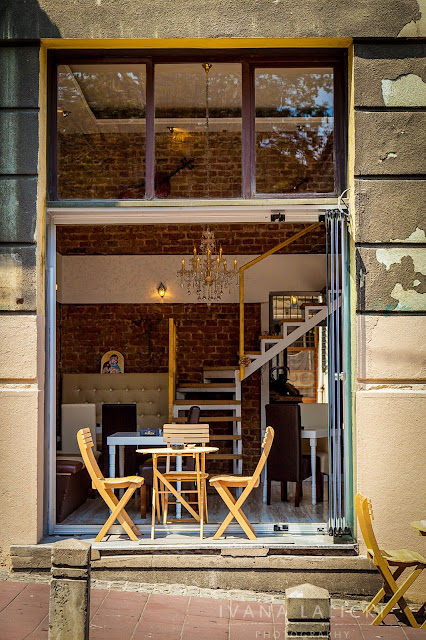 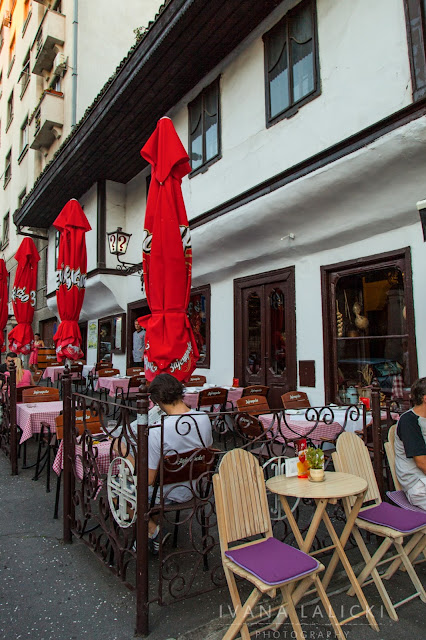 Although there is a long tradition of making wine, Rakija (brandy) is the king among the local drinks. There are countless commercial and small non-commercial distilleries all over the country, and my dad owns one. The most popular rakija is made of plum, but apricot, pear, quince and grape are used too. Serbian rakija is praised as the best among many kinds made throughout Central Europe. 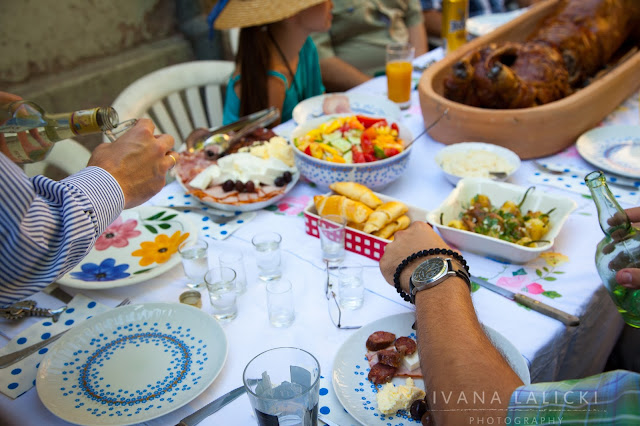 Still, the best way to enjoy visit to Belgrade is to befriend local people, who will help you to find the best restaurants or cafés in the city, and even may invite you to their own homes, where you can expect a great feast. In Serbia, homemade cooking is still very common: people, especially women, cook a lot and they can be very creative. 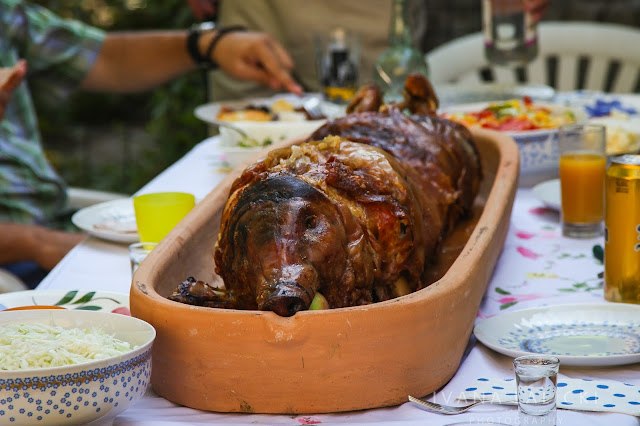 During the day time you should go to the local lake Ada Ciganlija. It is my kids’ favorite place, because there is a long beach, park, sports facilities, a lot of restaurants and cafes, and portable ice cream shops. Indeed, it is very popular place among locals. 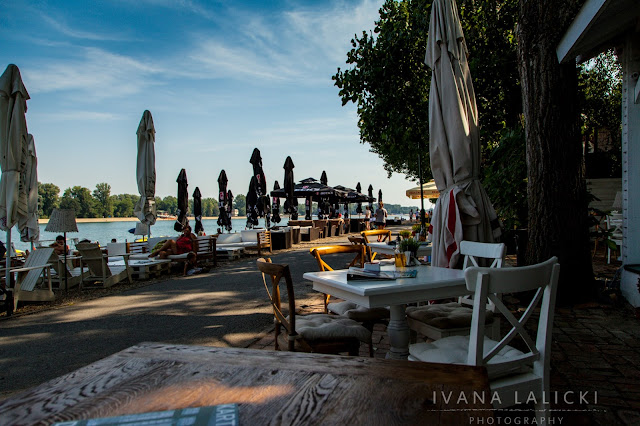 When the night falls, darkness adds a lot to Belgrade’s charm, and the city is still full of life. Deteriorated facades of the buildings, one of the most obvious signs of poor economy and unresolved legal issues, are less striking city feature in the dark. Be aware that people go out pretty late, and they can have a dinner long after it would be common somewhere else. 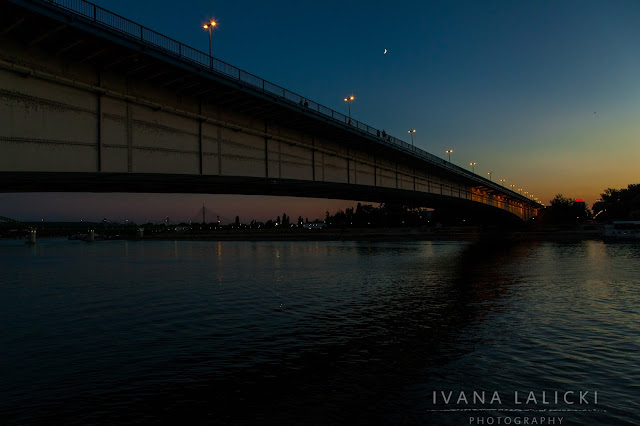 Since there are not so many tourists here, if you are friendly enough person, you would be treated like a king - that is another reason to come here. Believe me, you would feel very special, not lost among thousands of tourists who are marching through the streets of the overhyped cities eating expensive and mediocre food. After visiting Belgrade you will feel you had discovered the best kept secret in Europe.


This article was written for the Belgrade walking tour operator belgradewalking.com. 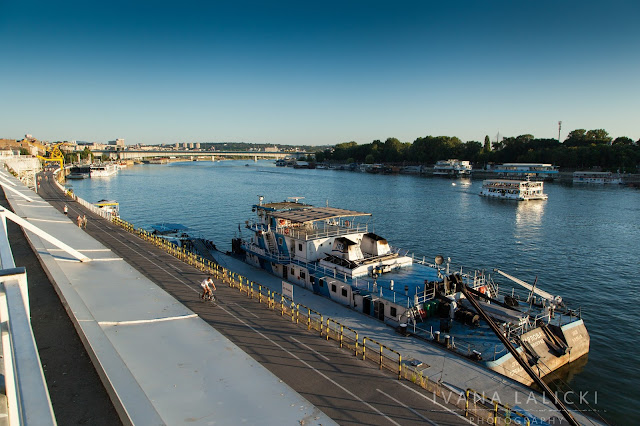