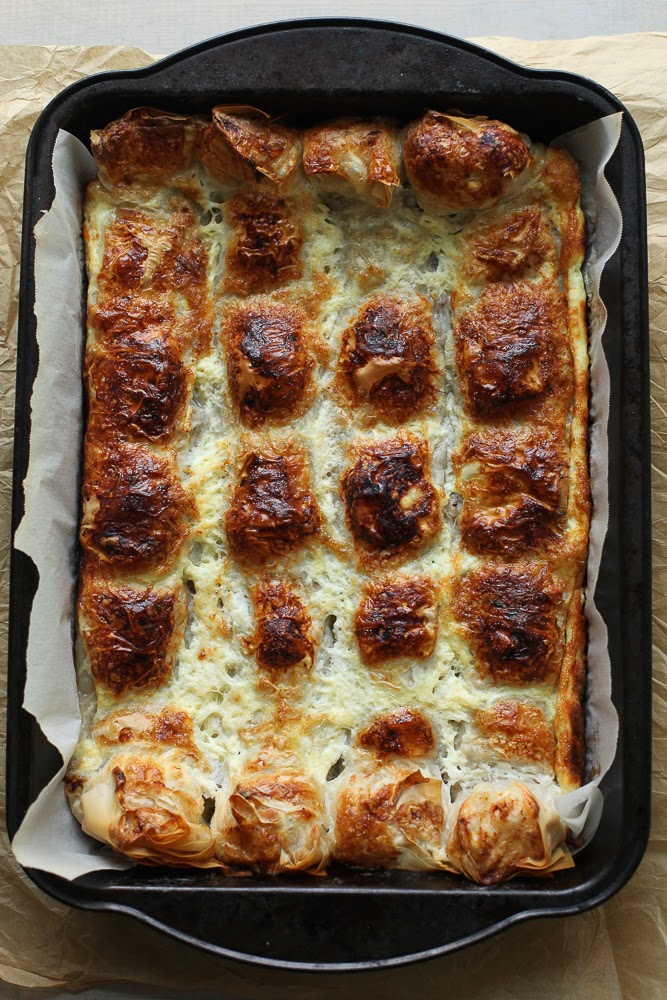 I was looking for a meat pie recipe when my husband said, "Let's call Lucija, she used to make very good meat pie, she will give you the recipe." Lucija, his sister-in-law, married to his older brother, lives in Belgrade, Serbia, and thanks to advanced technology we can clik on video call over Skype and get in touch in a second. That's how I got the recipe. We, emigrants, are very grateful for today's free-of-charge ways of communication!

To be honest, I never made this pie before, but the recipe is good and dish is easy to make, so I wanted to share it with you.

Thanks Lucija for a good recipe! 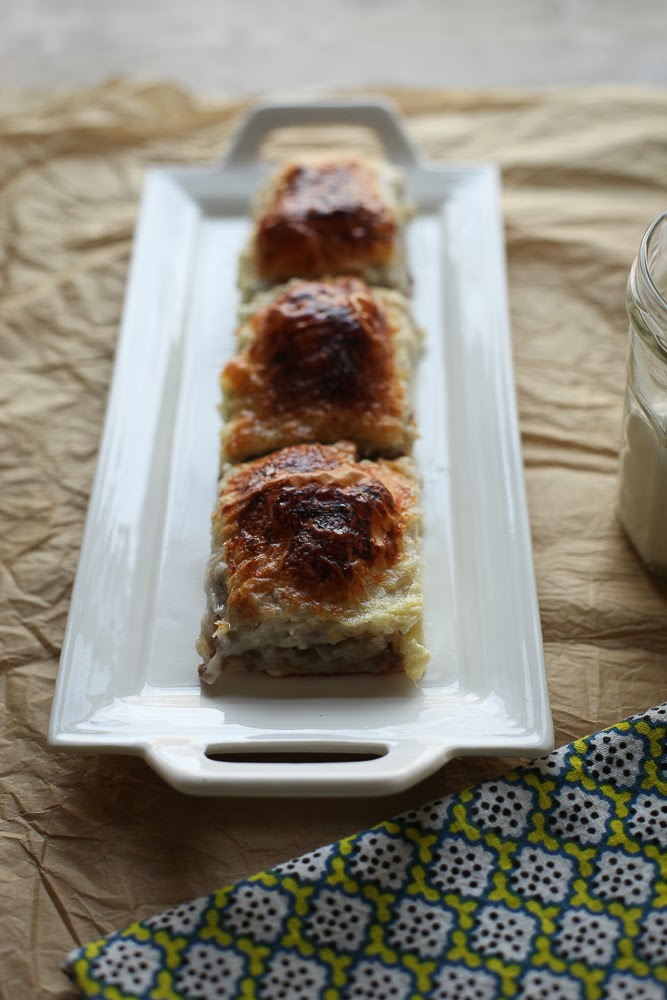 In medium size pot heat the oil, add chopped onion. After 2-3 minutes of cooking on medium high heat, add ground beef. Stir the meat until you break clusters. Add salt and black pepper. Cook it for 15 minutes. At the end stir in 1 egg. Place the meat aside.

Mix together Greek yogurt, sparkling water and oil. Beat the rest of eggs in another bowl.

There are two ways of making meat pie with phyllo dough: first is making 4 rolls and then placing them in baking pan, as I did, and the other one is layering phyllo sheets one by one over baking pan which is easier way. I tried first way because I thought my baking pan wasn't big enough for whole phyllo dough sheet.

Divide total number of phyllo sheets by 4. I had 16 sheets, so used 4 of them to make one roll. Place two phyllo sheets over work surface, using a pastry brush spread lightly the yogurt-sparkling water-oil mixture over it. Place additional 2 sheets over it and brush it with the same mixture. Then spread 1/4 of cooked beef over it. Fold into roll and place in the baking pan that you previously lined with parchment paper.


Repeat the same with the rest of phyllo sheets until you get 4 rolls. Using sharp knife cut the rolls into square pieces as I did on the picture above. Pour the yogurt mixture evenly over the cut rolls and let it soak into dough for 10-15 minutes. Do the same with beaten eggs and wait another 10 minutes.

Move the pan to the oven and bake for 40 minutes until the top becomes golden brown. 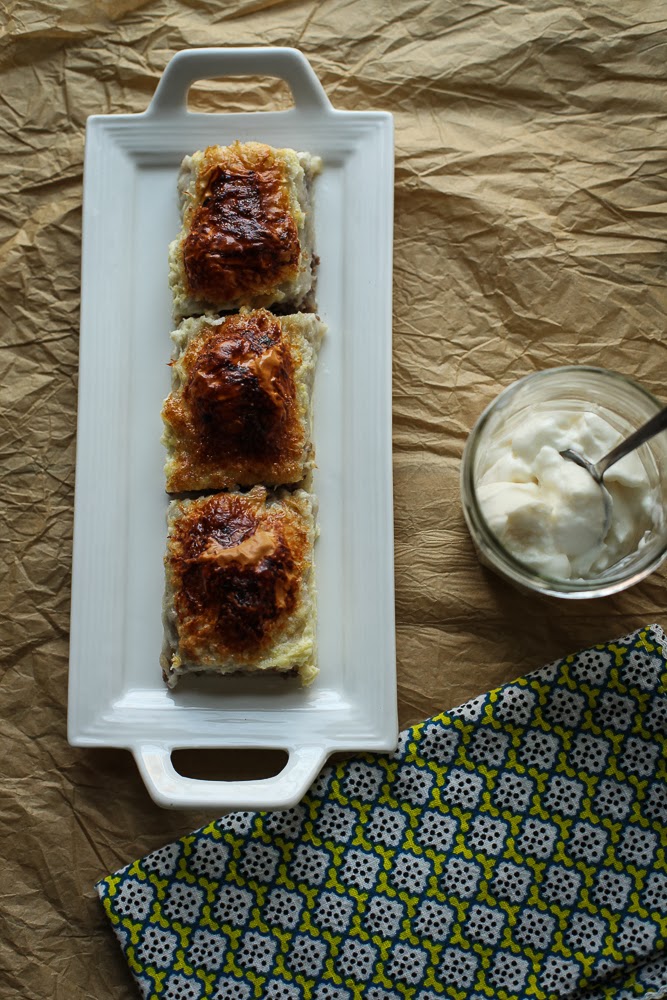