How to Make Homemade Pickles? 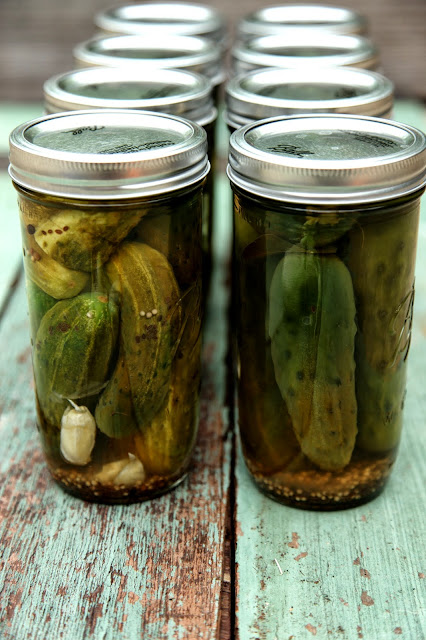 When I came to the U.S. I figured out that pickles are different than what we ate back in Europe. American pickles are more garlicy and sour then European ones. Jewish dill pickles are the closest to what we have in Eastern Europe. That's not surprising, since the most of Jewish population in the U.S. came from Eastern Europe and brought their food with them.

I used to live in the house where there was a small pickle store on the first floor, very charming, and needless to say my apartment on the second floor smelled like pickles quiet a lot. In the beginning I hated them, and then when I got to know them better, I started to love them.... and now, I am in a state of being crazy about pickles. In my opinion, pickles are very special food - not easily perishable, crunchy and sour, they are perfect as party food. And they are low with calories. I love very small pickles but it is not easy to find them. Those on the pictures are still relatively small in size, some of the cucumbers came from my garden and some I bought on farmers' market.﻿ 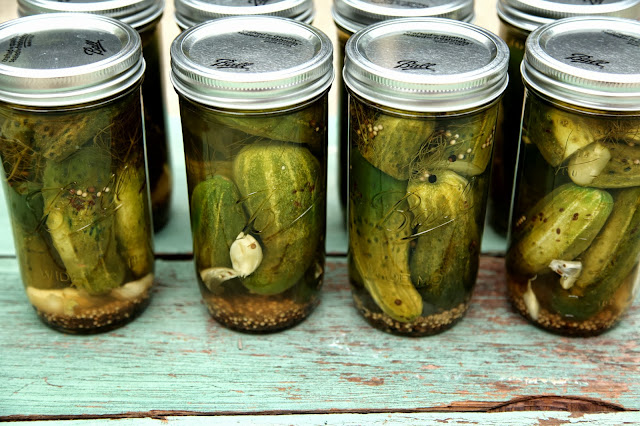 Last time when I made pickles I mixed European and American approach so I got Dill-Garlic Pickles. In addition, I made pickled green beans using the same brine and both turned out very good.

Amount of brine depends on several things: size and shape of the jars and size of pickles. In my recipe I put down measurements that worked for me, but depending on the jars and cucumbers you use this may not by sufficient. However, as long as you keep the ratio 2 cup water to 1 cup vinegar to 3 Tbs salt to 3 Tbs sugar you can make as much brine as you need. To get crispy cucumbers use cooled brine and keep pickles in the fridge.

Check out my post about pickled veggies with similar brine.

Wash the jars with water and soup, or in the dishwasher, dry and place them, including the lids, in the oven on low temperature to make them sterilized.

Wash cucumbers thoroughly. Put smashed garlic and dill sprigs into the jars. Pack whole pickles into the jars, if needed cut them to fit in.

In a big pot bring to boil water, vinegar, sugar and salt. Add spices, and cook them for 2-3 minutes. Turn the heat off and wait for brine to cool down then pour it into the jars with cucumbers to the very top.

Cover each jar with a saucer and leave it overnight. Tomorrow, put the lids and rings on the jars, close them tightly, and move to the fridge. After few days, pickles are ready to eat. You can keep them in the fridge for a couple of months.

Enjoy eating the pickles and don't forget to share them with your friends. Jar of pickles could be a perfect gift. 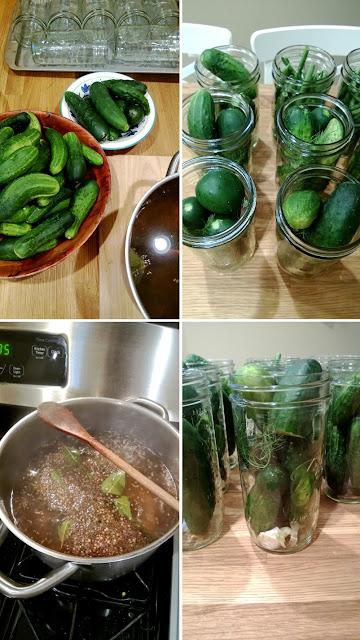 This is how my green beans look like. They could me nice garnish too. 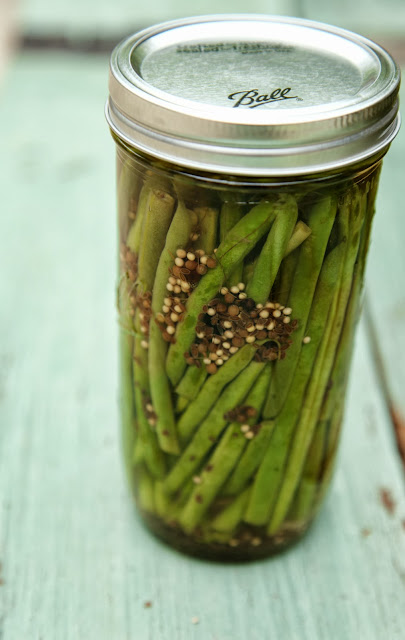 In the meantime I made these pickled veggies, with similar brine, in super cute jars as party favors for a baby shower. 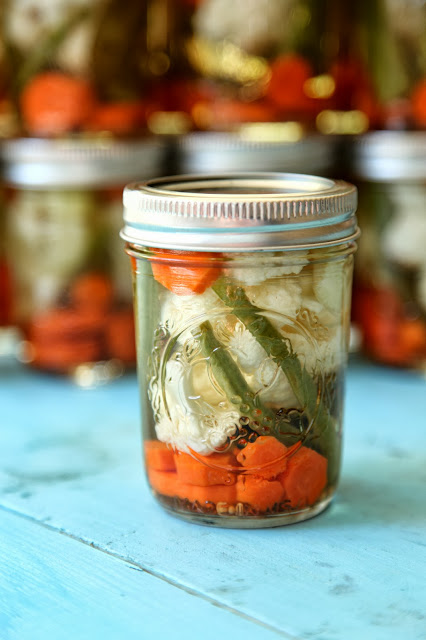