Komisbrot, an elegant and simple fruitcake 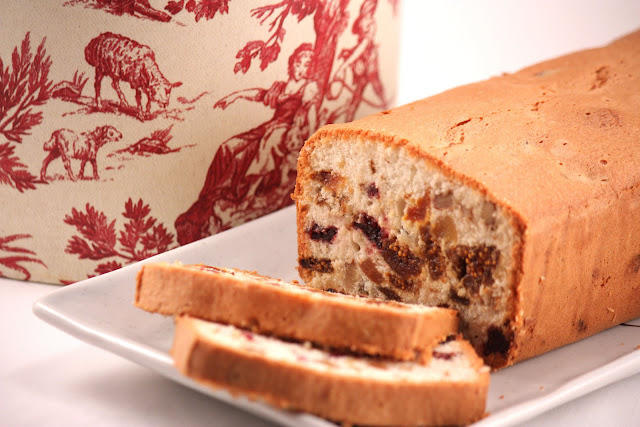 I tried to track the origin of this fine dessert, but it turned out to be a pretty difficult job. I think that it is German or Austrian, not only because of the name, but also of the finesse of its flavor. Even its look has some glare of old Hapsburgs’ empire.

Having made Tiramisu and spending only egg yolks, I was looking for some recipe that asked for egg whites because I didn’t want to waste them. My husband suggested to me this cake that his mom used to make. I don’t have to mention that his family is from a region that used to belong to the old Austrian empire, so its local food is very influenced by it. Also, my kitchen cabinet is always full of nuts and dried fruits (I am just crazy about them) and it was easy for me to make the cake without going shopping.

Komisbrot is an ideal cake for coffee lovers, because those two go so perfectly together. I think Starbucks should consider having this dessert in its offerings. 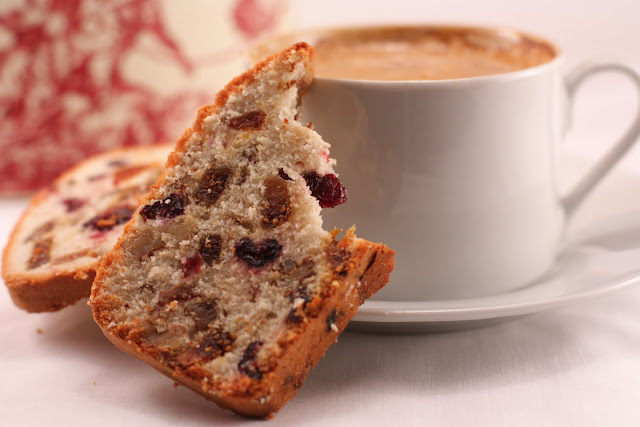 Update: This morning, in front of my building, I met a very interesting old lady who was heading to a hair salon. Her name is Erna and she is originally from Austria. After our talk about how difficult it is to find a good hairdresser here (you should know that is the top complaint of every European girl living in the U.S.), I asked her about Komisbrot. She said that she was not familiar with this fruitcake, but she knew that Germans had a rye bread with that name. So, it is still mystery for me how and where this dessert was born. Please, if you have any idea about it, let me know.